Our objective is to maintain a herd of females that will thrive in our Midwestern environment without large amounts of supplemental feed. It has been our genetic goal to breed high performing Belted Galloway females that are powerful from the ground up, have tremendous rib shape and dimension, plus function!

Feed cost is the most important factor in beef herd profitability. At Wayside Valley we strive to produce easy fleshing females. They graze on crop residue planted in turnips and rye during our harsh winter months. Grass hay is supplemented December – March. Additionally, many of our brood cows calve in the fall and nurse calves throughout the winter. During the hot and humid Illinois summers, our females must be good foragers who maintain body condition with what is available in the pastures.

One example of a cow family that has excelled in function, forage and the showring is Wayside Valley New Moon progeny. New Moon, pictured below at the age of 14, and her full sister, Avonlea, exemplify the characteristics of the Belted Galloway breed for longevity. They are currently in their teens and raise a calf annually. 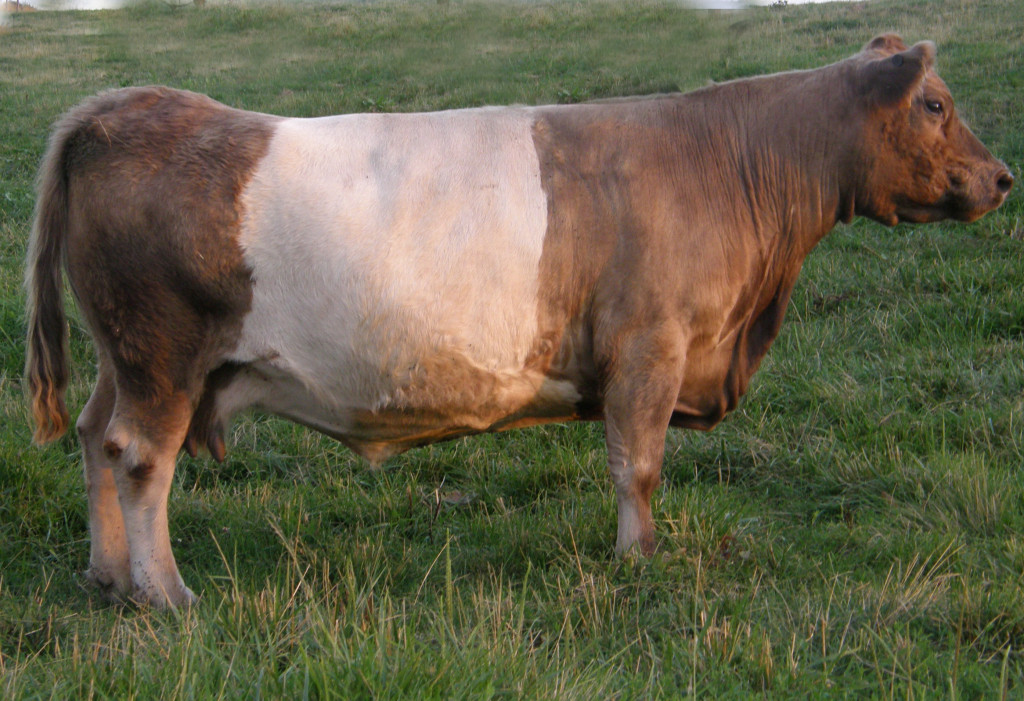